I was Bullied too... 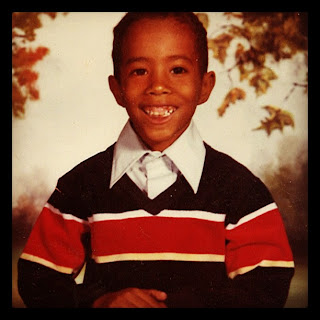 I'm not sure that I have mentioned it in the past, but perhaps I alluded to the fact that my childhood was not always the best of times. Sure, I can get into the issues that I had with my family in the past, but at the end of the day, they are family. I also do not want to give anyone the impression that I didn't have great times either. However, there seems to be this issue that has caught the nation's attention, even though it has always existed to me, and that is Bullying.

What makes this such a hot button topic now is that kids are now killing themselves rather than facing the social implications that comes with being bullied. Its not a secret that kids can be cruel and in my case they found any reason to pick on me. I was the shortest kid in the class, my teeth needed to be straightened, then I got braces, and then I got glasses. I was always under the impression that I was just ugly and the worst part of that is that I came to accept this.

Of course with hindsight being 20/20, I do know that the reason that kids ended up teasing me was because I was different. Maybe, there was some little girls who liked me but the hardest part of all of that was as a kid, I just never know. Being picked on in grade school was a normal occurrence so I could never be too sure if any little girl would like a little boy who was the object of bullies. While, I was not the only one who was picked on, I took no joy in seeing it happen to others.

I remember a few things specifically. I remember feeling so helpless at school that telling my parents only made it worse. My dad was the type of person to come to the school to look for the dudes who were beating me up. He would tell the nuns at my school to make it stop or he will. While, that is noble of my dad, the physically bullying stopped but the mental bullying did not. The feeling of helplessness was also apparent when I started being mean to a dear friend of mine in the neighborhood. He was smaller than me because he was younger and I remember making him cry because it was me who ended up being the bully. I felt horrible after that.

The one thing that sticks with me is being bullied by an older girl. Apparently, when I was in the fourth grade I offend this girl (my sarcasm was in its infancy) who then told her 6th grade friend to beat me up. Now, this was no ordinary girl. She was like a tower and ugly too (she still is). She picked on me for weeks. What really confused me was that I was always told never to hit a girl. So I took it and I cried. However one day, I grew tired and hit back. I was horrified I even did that. She pounded me. I am not sure when it stopped, but I remember a boyfriend of one of my older cousins, who was in the 8th grade, broke it up.

As I grew older in grammar school, I wasn't so much picked on anymore. I was, however, lethal with my words to the point where I still feel bad for "snapping" on certain kids. It was a way for survival. You talk about me, I will talk about your mother. I will talk about how dirty you look and how you smell. The more people I can get to laugh the better it was. It wasn't a good thing. Of course, when I began High School it restarted all over again. The funny thing is, I chose an all boys school because I couldn't deal with the humiliation with girls anymore.

I was called Urkel. You have no idea how much I hated that. I stopped watching Family Matters because of it. None of these kids knew what I was dealing with at home. The fighting of my parents, the fact that I couldn't deal with the constant bullying really put me on edge. I remember tearing in class with anger and frustration when it seemed that every boy aimed their spitball at me...and that was just my freshman year. By Sophomore year, I wrote a note one of the teachers who I had a crush on (Ms. Smith) that I wanted to kill myself...

If it wasn't for her seeking me out in my next class...who knows what could have happened. I went to counseling because I wasn't trying to a rat. I also had genuine issues with my parents divorce that were unresolved. From that point I took a stand and I drew the line on what I would tolerate. I learned that most bullies were pussies. Each one of them I confronted did nothing. Sure, I was in a Catholic High School, but no one was going to risk expulsion by fighting. I remember one kid in my senior year who ruined my shirt because he flicked ink on it. At that point, my dad made his parents pay for it. They gladly did and he was pissed at me (of course). He kept talking shit until one day I stared at him and said..."you know what, let's go...let's do this RIGHT NOW. I got nothing to lose! And if you beat me...know that it will not be easy". He back down..in front of his friends.

No, I do not have fond memories of school. It was a constant battle and I feel my education suffered in college. My college experience is a whole new story in itself. I just feel that I need the world to know that the confident person that is writing this blog was not like that as a kid. I was at a breaking point and I got through it. Bullying is not something to take lightly, it stays with you for the rest of your life.

If you are reading this and you are being bullied. Things get better...it always does. Be yourself because no one can take that from you.
Escritor Unknown at 3:23 PM