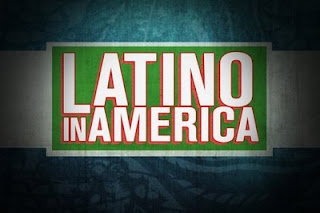 Ok...I get it. I get why there is a need for Latino in America. I get that CNN wants to boost viewership while giving an unbiased look at Latinos in this country. I also get that Soledad O'Brien busted her ass on this show. What I do not get is the fact that despite all there was to work with that we are still made to look like all we do is multiply and struggle with English. Clearly that is not intent but it seemed to me that Latinos were shown in a light that made it seem that are constantly struggling.

The problem I have with this is that there are so many of us that are successful, including Soledad. If you saw Latino in America than you know that there were 2 stories in particular that had to with 2 young Latinas and their struggles through life. In the end, they both end up pregnant. Of course this is only defined by the fact that at the beginning of this show it is pointed out that Latinos are the fast growing minority. You think? From the way it is perpetuated, underage sex is the reason.

My question is, where are the stories that balance the negative? Where are the stories of the successful college Latina that to 2 majors, in a sorority, has a work-study job, and still manages to make the deans list? It cannot be that hard to find. I know that I can find several of them on campus right now. Maybe that doesn't provide enough drama. Perhaps that is too real to see Latinos succeed.

I want to also add that I am not saying that just because anyone of us that may have children at an early age are failures. There are plenty examples that can made of quite the opposite. However, those are not document by this program. Both of those segments end with this feeling of...oh by the way, she had a kid.

What I also found interesting the 1-2 minute segment before each story. Those were more interesting than some of the featured stories. A good example is the 2 Mexican restaurant owners who boldly state that you will never see them serve tacos at their restaurant. Why? Because real Mexican do not just eat tacos! How amazing is that? But you not see that segment because that is way too positive.

Needless to say I am disappointed because not only do I feel a serious lack of positivity, but there wad no sense of hope. I feel like the average white person would see this and just say that the Spics and the wetbacks are taking over, as if we have nothing more to so than be illegal, fail in school, and make babies.
On a side note. I actually thought Latino in America was better than I thought it would be. So what does that say? I only say because I thought it could have been so much worse. They did show Afro Latinos which is a start, but I think they should have highlighted other people from South America. I know part 2 is tonight, so I can only hope things get better, but I know it wont...

So where do we go from here? Well for starters there are forums like this, which show examples of Latino success from their own words. We need to always remind people that we do indeed have success.
Escritor Unknown at 2:21 PM

*sigh* I have yet to watch this and from the sound of it, I may not be missing much. I was 17 y/o when I was pregnant with my oldest son, and so angry at myself for perpetuating this stereotype. So what did I do?? I busted my ass to get through school while working 2 jobs so that I would NEVER be on welfare and nobody could say I was a drain on hte system (although I was told that while i was walking my newborn one afternoon). It is unfortunate that when higlighting the lives of our people CNN chose to focus on this. We can do better

Ant - sorry to be cynical, but as someone who works in media...what did you expect??

I watched "Black In America" and walked away disappointed. I watched a portion of part 1 of "BIA 2" - same result. After that, I had no hopes that anyone over there could produce anything focusing on us - people of color - correctly or with any sensibility. So when the announce "LIA", I knew what was up.

Plain and simple, if it ain't done for us, by us, by responsible people not caught up in the systematic daily grind of what is *supposedly* news, it will be crap. I have little to no faith in mostly white organizations to ever do anything right by us in terms of research, analysis and depictions, and am proven right on this 9 times out of 10.

Even at my own station, they once put together a special to address concerns of the Black and Latino populations in Western New York. They felt all good, like it would be great...what it amounted to was stereotypes, blaming of victims, labeling and everything negative you could imagine. They produced and put this garbage together never once asking or utilizing the knowledge or resources of any of the people of color who worked in the building. I was disgusted, and let them know I never will participate in ANY thing they call themselves doing "for us".

You want something good on us? Watch when HBO puts something together, or Canadian TV. But most normal, American news sources?

You're setting yourself up for disappointment. They will never get it, cuz you have people who aren't in it or don't have the experiences within the culture to report on or properly examine it.

And they have an institutionalized, don't-think-out-the-box mentality most times of how something should be presented and play out. It's always a set up for failure.

Rameer - you bring up a great point. I shouldnt have high expectations when it comes to things like this and as I said, I thought it was better then I had hoped.

I think the other reason for some dissappointment is how Soledad mentioned that she was trying to do this "right". I do feel bad for her because I think that she prolly got chopped at the knees about some of these things.

So..my expectations are low but like you, I cannot just sit by without an opinion on any of this...

I think Soledad MEANS well...but she was part of "BIA" too. And that was jacked...so I didn't even watch "LIA". I figured it would piss me off.

THANK YOU for this post!! I was wondering where/when/how the budding Latino fraternities and sororities at colleges were going to be brought up. I was wondering when CNN was going to bring up the fact that many Latino neighborhoods (in NYC at least) have Latino OWNED and RUN businesses. I was wondering when CNN was going to bring up the Latino judges I appear before & the Latino lawyers running through these courts, the medical professionals saving lives, the astronauts, the writers, the artists, the dancers, etc... Latino in America I AND II were comprised of two pregnant teenagers, a gangbanger wannabe, and the activities of a Catholic church. Latino in America was devastating. By no means am I suggesting that Soledad O'Brien should only feature wealthy Latinos. However, isn't the whole point of having this series is to debunk myths of the US LARGEST "minority" group being solely comprised of undocumented immigrants, teenage pregnancy, and gang violence?? After the devastation of episode I, I was CERTAIN that episode II would make me proud. This was a HUGE disappointment. I will whip out my camera and videotape all the FABULOUS Latinos in my "hood" getting pregnant, yet becoming professionals, brushing up against gang violence, yet opening businesses, etc... Watch me produce my OWN Latino in America, and it will be DOPE

There has been so much said about this show, both good and bad, that it is difficult for people who did not watch it to understand where people are coming from.

I will say that I only watched the first show. I don't normally watch CNN and I could not even find it on the TV when I tried. The episode I saw I just stumbled upon the week after the show aired.

That said, I think you are on target with your analysis of the show. It showed only the negative aspects of being Latino in America. There are a lot of us that have contributed to our communities (Latino and non Latino communities) in a positive way. Were it not for many of us, there would be a lot of kids out there that would not be able to read, both Latino and non.

Where was the spotlight when it came to the good stuff?

Yes, life is a struggle for a lot of us. This program served only to perpetuate the negative aspects of being Latino. I think it's time that it be done right. We have many talented Latinos in media and it is now incumbent upon US to show how WE see our lives; the challenges and the triumphs because believe me, a lot of us have triumphed and will continue to do so.