Vote for Me! #Latism 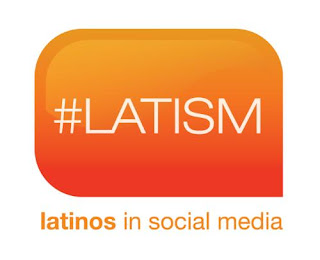 A few weeks ago I was informed over Twitter that I was nominated for a LATISM (Latinos in Social Media) award. The award is for the Best Latin@ Micro-Blogger. To be honest, I am very honored to even be nominated. When I look at the stiff competition I am up against, I realize that I was put in a very honorable class of people.

What is a Micro-Blogger? Well, it is my Twitter account. When you write in 140 character increments it is considered a micro-blogging. I have managed to get my thoughts out in that tiny amount of space. Some people use website to "tweet longer" because I suppose they need to have more space, but I do not. My twitter account is my personal soap box that I use to talk about everything from sports to racism. I tend to have conversations with students and meet new people. It is also a great way to market my blog and to read others. My Twitter account is my brand. This how I represent myself and that includes this blog as well.

LATISM is a force (I mentioned this a few years ago). When you take a group of people together to form something larger, you hope that it lasts. I have seen LATISM from it's infancy stages and now it has grown to something that is bigger than any of us. While I have never been to conferences, I have heard great things about them. I met @AnaRC a few years ago when she was in Syracuse and we talked about how LATISM can help our people. I have wanted to be more involved and perhaps I will in the future.

The funny thing for me is that my twitter name is listed as Tony Snark. I want to explain this for those who are wondering why my real name is not up there. It has nothing to do with lack of ownership of what it is I say but more of the persona I portray. Plus, consider that I tend to make my account private at times since I am still currently searching for a new job in New York City. I never thought of the possibility I would be nominated for any awards which is why I am so honored in the first place.

I am personally encouraging all those who know me and who read this blog to not just vote for me, but to look at the other nominees and the other categories. There are some very powerful personalities who have a lot to say and tons to contribute to our community. These nominations are not entirely about those winning, but more about those getting the exposure we crave.
Escritor Unknown at 11:19 AM