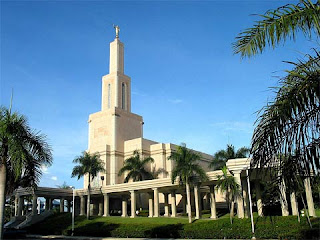 Santo Domingo!
It looks like I will be going to the Dominican Republic next year! My brother/cousin is getting married and they have decided to marry on the island of Quisqueya. I am very much looking forward to this on so many levels.
The fact that my new brother, Rick is getting married really makes me happy. I have seen him go through many trails when it comes to relationships and to see him getting to this stage is great. I felt weird telling him what is going on with me since he is now in planning mode, but it is all good.
Another reason why I looking forward to this is that I have never been to the Dominican Republic. This will be the first trip I will be on by myself (relationship wise) since I went to Cancun in 1997. So, I am looking forward to it.
Family Dynamics
Before I spread confusion to those who know me, I think I need to explain where "brother/cousin" came from. Rick is my cousin. We have been close for many years. His father is my mother's brother. I have another cousin named David, who is older. Their mother is my new step mom.
How is this possible? Long after my parents split, my father start dating my step mother. She was already split with my uncle. They have been with each other since I was in High School! Which is why I have always thought that it was about time they tied the not. So when they got married, about a week ago, my cousins became my brothers by marriage.
I will not use the term "brother/cousin" again. They are simply my brothers now. So if any one asks, I know have 3 brothers.
Running
I ran my ass off last night! I almost did 4 miles. I am quite proud of myself. I program the treadmill to go for 45 minutes and I will run for as long as I can. I will start for less than a minute on speed 3 and then when I get my fast music ready, I bolt to 6. My goal here is to see how far I can go at that speed until I need to slow down. Last night I was able to do it for more than 15 minutes, which translates to 1.5 miles straight without slowing down

What I am amazed about, is that this all possible because I got new running shoes. My dad gave me an early birthday gift. I told him I needed running shoes badly and he came through. This is my first real pair and they make all the difference in the world.

I do have a goal. My goal is to be in peak shape my May of 2010. Just in time for my trip to Santo Domingo. I would like to look good and to feel good. I think will have to adjust my diet. That will be next on my list.

I have been really over the top with Movies this year. I saw 4 movies last week. I feel like every year the movie season is better than the last. Let me just list the movies that I have seen since May 1st. X-Men Origins: Wolverine (twice), Star Trek (3 times), Angels & Demons, Terminator: Salvation, and The Soloist. This is crazy to me. Not to mention that Transformers is coming out on June 24.

I will say this. The best movie out of all that I have seen was The Soloist. The other movies were pretty much entertainment and they were all very good. However, The Soloist is just on a different level. Jamie Fox and Robert Downy Jr do a fantastic job of telling a story about poverty and mental health issues in this country. It made me feel grateful for what I have.

The Soloist is near the end of its theatre run, so I would see it if you get a chance.

One thing I liked about The Soloist, is the music. I am very much into classical music and the big band sound. There is something epic about this type of music. The bad part about this is that I have very limited knowledge when it comes to classical music. Sure there is Mozart, and some other names I cannot pronounce, much less spell. But, I appreciate the music.

Music in general is what keeps me going. While, I have been trying to avoid overly depressing music, I have been listening to a lot of Rock and Club music. Hip Hop is always in my heart, but there is so much wack music lately that I need substance. Nas will never talk about matter of the heart. Today's R&B is not cutting it either and I hate that Birthday Sex song (quite possibly because I will not be having any sex on my birthday...lol

Maybe it is because I am older that I would rather listen to something that reflects me a little more. So listening to music about wack shit is just not going to do it for me. I need to listen to song that make sense, or have a good enough beat so I can run to it, or quite simply make me dance

One more thing, Salsa will never die with me! So I talk a lot of shit about any other genera but Spanish music is different level. I can listen to it at anytime.
Escritor Unknown at 8:21 AM