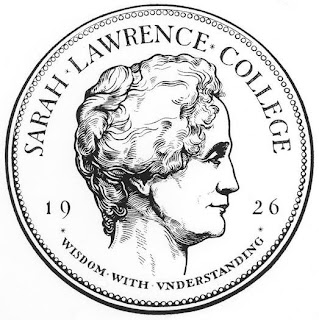 During this process of me applying to admission for graduate school, some people have asked me the same questions. One of them is Why Sarah Lawrence College? Well, in all my submissions of writing samples and bios, I was asked the same thing by SLC. Here is my response:

There came a point in time when I decided that I need to move and leave Syracuse. My divorce was just about final and I reached a point at my job that I could go no further. I was doing a job search and came across a position at Sarah Lawrence College. It was a development position that I felt I could do really well in. So, as I was applying, I decided to take a look at what Sarah Lawrence does for its students.

As I searched the website, I noticed the graduate studies program in Creative Writing. I found myself very intrigued by this. I heard about a Masters degree in English, but not writing. I decided to bookmark the site and keep it in the back of my mind, just in case I get the position, perhaps I can take classes part time.

As it turns out, I did not get the position but I did speak to a fellow writer who lives in White Plains, New York. She informed me that I should really look into Sarah Lawrence and that it was one of the best schools in the country for Creative Writing. I began to look further into it and looked at all the alumni who passed through. Once again, I put in on the back burner because I had to deal with my divorce.

Last October, Syracuse University hosted a graduate school fair. This was an event that I was working. I had to make sure the tables were set up and that the organizers had everything they needed. Once the fair started I started looking at all the schools, walking table by table and I came across Sarah Lawrence College. This was the only school that I actually stopped and talk to the admissions representative.

She was a nice lady that told me she had just graduated and wanted to go on this particular college fair to let people know how great this school was. She mentioned that it changed her life since she was an older lady looking to start over. I do not remember this woman’s name but she won me over. The idea of starting over in order to something you love just did it for me. Coincidently, she was graduated from the Creative Writing Program.

I took my curiosity a step further and visited the campus the very next month before the Thanksgiving break. My friend, who spoke very highly about Sarah Lawrence, met me for some coffee in Bronxville and showed me the town. After seeing how great this town was I ventured to the campus. I had no idea what I was doing but I found my way to the admissions office where I was able to take a tour.

On my hour long tour, I fell in love with the campus and the atmosphere. I began to imagine myself writing on the many benches on the campus and doing some real creative work. I am not sure I could have found a better place that will be better for me to do work. The campus seems very quiet and yet very welcoming to ideas and to people.

I want to peruse my dream at Sarah Lawrence College because I feel I can belong here.
Escritor Unknown at 6:27 PM