The Scourge: A Man Scorn 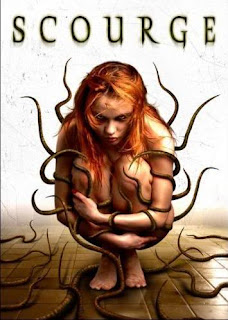 "Harry you're going to have to move back to New Jersey because you've slept with everybody in New York & I don't see that turning Helen into a faint memory for you! Besides I will make love to somebody when it is 'making love', not the way you do it like you're out for revenge or something!" - Sally Allbright (When Harry Met Sally)

As I mentioned last week. Most men are assholes. Point blank. If he is not an asshole he certainly has the potential to be. I wanted to talk about a unique type of man that can traumatize any woman. This is a man who is broken hearted and wants to take his anger out on the next woman or the next few women. I call him the Scourge because that is what he is, a man who is scorn who would rather punish the next woman because his pain is so great.
The circumstances are not always the same, but similar. A man loves a woman and she does him wrong. Either she cheats on him or she just doesn't return the love he has for her. In any case he is forced to not be with the women that he may feel was "the one" for him. Because the male ego is very fragile, most men have issues dealing with the loss of a relationship. Most men do not cry, but rather hold that emotion inside which makes them bitter. The pain of not being with that woman who could have been "the one" can be so deep that women are no longer people...they are bitches.
Every man will say they have needs and after a while of being of lonely, masturbating just does not cut it anymore. The scourge will deal with the pain long enough to meet someone. He may like her at first and will even take her on a date; but really, he has no intention on using her for anything more than sex. Now some guys who fall in this category will make his intentions known, not that this makes him any better, but at least the woman knows. But, there are others that just don't care enough to make their intentions known. These men would treat every woman as is she is a hoe. If one turns him down, than there are more to choose from.
These men can disguise themselves by acting how they once were, a caring person who genuinely likes and respects women. Mostly likely his game is on point. But, with the bitterness and the influence of friends, he will just want some ass and bounce. He may even take it so far as to date her and then dump her after a few dates. The Scourge may not necessarily be rude. He may just make excuses to why to not continue to see the same woman after sex...all because she does not compare or add up to what he once had.
The question becomes, is this behavior temporary or permanent? It is no secret to any man that the more of an asshole you are the more women you will get. Nice guys will always finish last until they get with the program at some point. I consider the Scourge to be a transitional phase that men go through until the bitterness and anger wear off. Unfortunately, most times, the lack of trust for women can remain. Most men will think of themselves first because there is no way they are going out like that again...no matter who they love next. So future relationships could also be effected as well.
I say most men can become a scourge because I do not believe all men go through this. There are guys who are in touch with themselves enough to deal with their emotions and feelings of loss. Let me make this one thing clear, all men want to fall in love (they just wont admit it). All men have, at one point or another, fantasised about marriage and being with "the one". However, either as a kid or as a young man, their view of what they considered to be a "real woman" is are crushed based on a negative reaction from woman they know and love. Which leads to a negative view on women in general.
I am sure some of you are thinking,"What about the mother?" That all depends really. Some moms will tell their sons that women are up to no good and that they will play with their heads and their hearts. Other moms can be the very reason why some guys become a Scourge or at least bitter towards women. Clearly, if a man has any issues with his mother, he will find it difficult to give his heart away....especially if a woman does him wrong along the way. Trust me on this one.
When I was a kid and even as a teenager, I was always told never to trust a woman. I was told by female members of my own family that girls do not know what they want and were just out of themselves. So, even as a kid I was warned. I did find it weird since most of my family is female. I thought they were perfectly sane. Of course I see them now and realize they are all fucking nuts (but i digress). What I have realized is that this is cycle: Bad men create bad women who create bad men that create bad women. The cycle is never really broken until we finally find someone to settle with and even then that could turn out bad.
I will not sit here and say that I think women are crazy because I think men are just as nuts too. We are all nuts, especially when it comes to love. It blurs everything and makes us do things we would not normally do. But I do know that negative experiences will turn a good man into something that will make all men look bad.

I am not implying that I am a Scourge. I stated last week that I am in a transition phase in my life in where I need to let go of everything. Most men do not know how to do this. While I have problems letting my emotions rule over me, I understand my short coming and struggle to correct them.
Escritor Anthony Otero at 9:00 AM