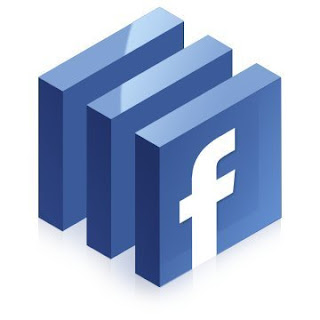 Social networking seems to be the way to go nowadays. There was a time when Facebook was supposed to be for college students and now it has blown up to point where parents are now hooked. There are so many sites to choose from if you want to network of just meet people. The choices almost seem endless (I am still trying to figure out what twitter is). It seems that when it comes down to it you either like Facebook or Myspace. I haven't met someone that likes booth, although they can have accounts on both.

I started on Myspace. I thought it was a hot site that allowed me to keep in touch with people I knew. I could send messages to alumni that I knew or just meet interesting people. The Happy Birthday and Merry Christmas graphics were always something to behold. I actually started a blog there as well. But, then something started turning me off to Myspace. I am not entirely sure if it was the random spam messages from web hookers or the numerous amount friend request from web mistresses...I dunno. Either way I became bored.

At the same time I was on Facebook and this was strictly to keep in touch with students, particulary the ones I advised or employed. This was a great way to do that. What makes me laugh is how all the educators and administrative heads of higher education felt that Facebook was this big threat. You could go to any of the Higher Education conferences and you would see several presentations and panel discussions on the dangers of Facebook. I even remember attending meetings on what we going to do about this site. I would at my co-workers like, "Are you serious?"

Then the creators of Facebook became really smart and decided to open up all the networks to include people who were not in college. This is where the flood gates have opened for me. I have been in touch with so many people that is just hard to fathom. There are people I have not seen in over 20 years that I talk to as if no time has passed. Then when I thought it could not get any better, my family starts to join! What makes that crazy for me is that it is the family that I don't see all that often. So, it has been such a joy for me.

Sometimes I do think to myself what did I do before Facbook? The answer to that is clearly not keeping in touch with people.
Escritor Anthony Otero at 10:18 PM

You must be here in my laptop (in spirit). My next post will be about FB. I don't use it so much as a tool to reconnect but moreso to connect. I think my experience is a bit different from others in that I didn't have the greatest high school experience so although I'm no longer bitter I have no interest in catching up when I had nothing in common or vice versa with the majority of the people who see my profile pics, sneak a look at my family and "want to catch up". But that's just me. College was great so I feel a little more at ease crossing paths with that crowd.

E - I didnt care for High School at all. What I find is that I am connecting with people from my grammar school and college.

I have noticed it is also a great tool to spread the word about my blog too.

The novelty of Myspace wore off very quickly for me...I got bored as well. I still have my account, but no one I know even uses it anymore. I just checked it randomly one day and had all these comments and friend requests and notes to respond to. I was like "huh? there are people STILL HERE?" Oops, my bad!

Facebook, at first, was confusing and overwhelming to me. Now that I've learned to ignore invitations and applications, I'm all good... and can be quite addicted at times (as you can probably tell by the time of this post). Matter of fact, let me log off and take my behind to bed.